After Topaz closed in 1945, the U.S. government dismantled the camp. The wood from the buildings was either stripped for recycling or the buildings were sold for $250 for half of a barrack and $500 for half of a hospital wing. Utility poles were removed as were the water pipes, leaving ditches where the pipes once were. The original barbed wire fence remains, although the four strands of wire sag in places. Still, the area reminds visitors of what was once the fifth largest city in Utah. Outlines of where the barracks stood, rock gardens, and pathways are etched under the greasewood that has grown since the camp closed. The Topaz Museum Board owns 634 acres of the site which will be preserved for historic and educational purposes.  If you visit the site, please do not remove any artifacts. To schedule a guided tour of the Topaz site, please complete the Tour Request Form on this website.

After the war, Topaz buildings were sold to local residents who used them for storage and even remodeled them into homes. 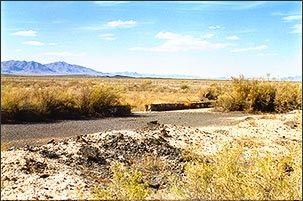 Looking northwest near the administration area, you will see a small rock wall that decorated the entrance. 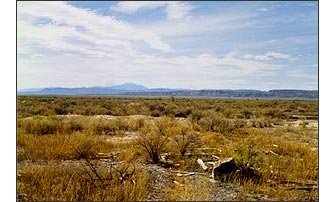 West toward Mt. Swasey with
the Drum Mountains to the north. 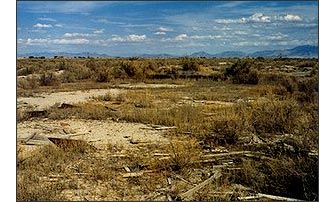 Scraps of wood and metal remain at the site. 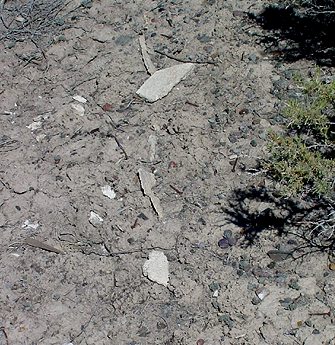 Sheetrock was used to fill the gaps between the ground and the buildings on the outside of the barracks. Some “lines” of the sheetrock remain to mark the exact location of barracks. 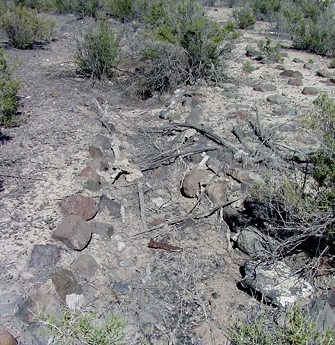 All the rocks used to make gardens had to be hauled into camp from the mountains. 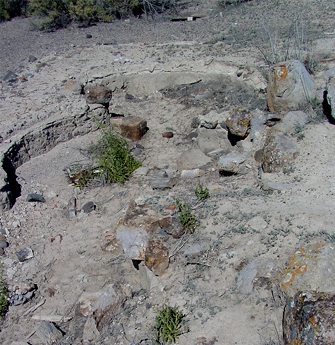 This garden had two sunken barrels in the bottom and was outlined with rocks and cement. 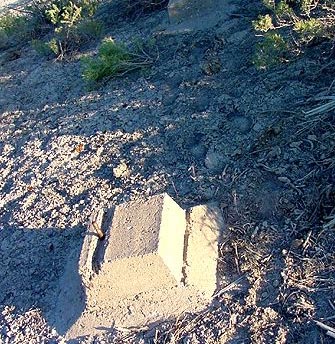 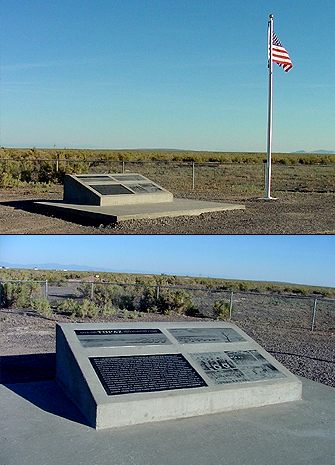